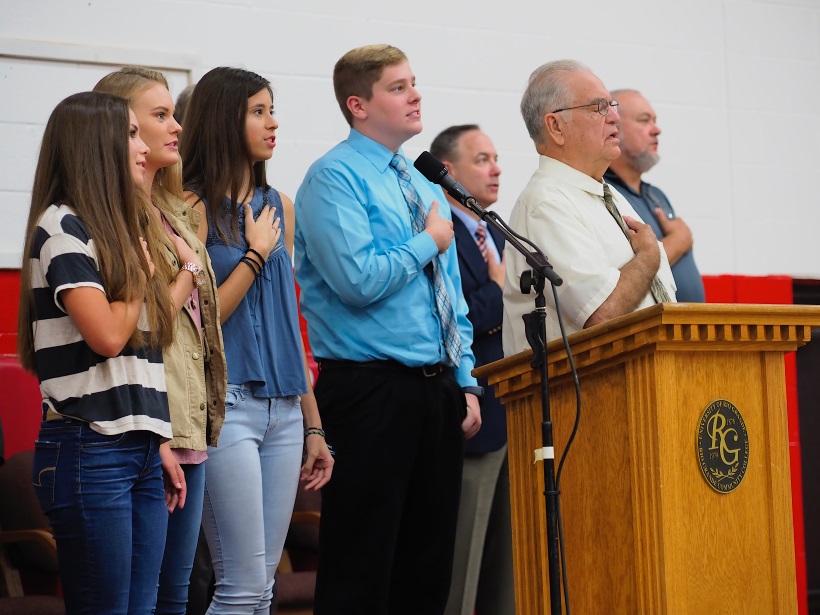 Rio Grande, OH—With more than 900 in attendance, including 560 member-consumers, Buckeye Rural Electric Cooperative (BREC) held its 80th annual member meeting at the University of Rio Grande Lyne Center on August 11, re-electing board of trustee incumbents Dennis Blakeman (district III—Jackson County) and Bill Holcomb (district IV—Athens, Meigs, and Vinton counties). Jim Herrell was elected to represent district I, narrowly defeating incumbent and board president David Lester, who had served on the Buckeye Rural Electric Cooperative board of trustees for 30 years.  Results were tabulated and verified by Wellston-based law firm Oths, Heiser, and Miller.

The cooperative also announced recipients of its 2018 scholarship outreach program:

Buckeye Rural Electric Cooperative Executive Vice President & General Manager Tonda Meadows explained that, in 2017, the organization built an Athens-area substation to replace a temporary delivery point that had been in use for years; rebuilt weakened and heavily loaded lines and added protective devices to improve service reliability; and installed equipment that enabled the re-routing of service to alternate lines during outages or the performance of maintenance.

Meadows further cited the cooperative’s deployment of a two-way automatic communication system (TWACS) for member meters, which provides load information and monthly kilowatt use; the clearing of 135 miles of transmission lines via the removal of 664 trees; the refinancing of $36.4 million of debt; the saving of $5 million in future interest payments; the decline of kilowatt-hour sales and the subsequent reduction of $1.2 million in revenue as compared over the past decade; and an increase of 3.24 cents per kilowatt hour, per consumer, for an average upsurge of 68 percent since 2007, largely due to the investment of a combined $1.5 billion in  environmental controls at the Cardinal Power Plant, as well as at the Kyger Creek and Clifty Creek plants in Cheshire, OH, and Madison, IN, respectively, of which Buckeye Power, the generation and transmission arm of Ohio’s Electric Cooperatives, is joint owner.  The reduction in kilowatt hour sales, however, was mitigated by a decline in power demands by BREC members, or approximately $500,000 less in generation costs.

In 2017, BREC refunded $1.5 million via the disbursement of the return of profits to members.