In an effort to provide our members with timely and relevant information regarding our current national and local energy situation and the environmental challenges we face, we’ll be providing various information here on a wide variety of topics. Our goal is to update them on a regular basis so please check here regularly to see what is new. 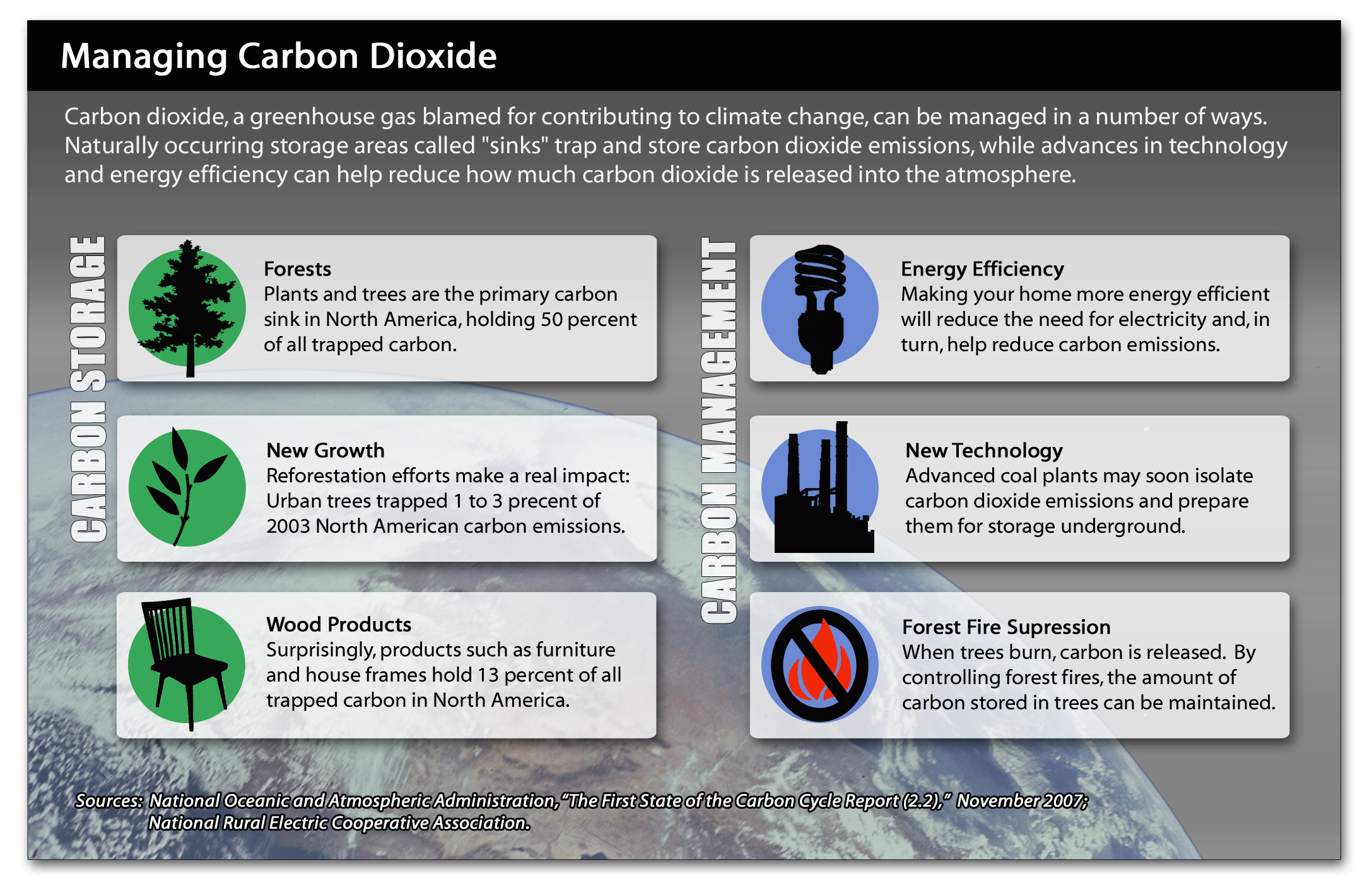 Technology: The Missing Piece of the Puzzle
The idea of a market-based cap-and-trade system to cut power plant emissions isn’t new—it has been used successfully since 1993 to reduce acid rain by curbing sulfur dioxide. But adopting a nationwide cap-and-trade tax for cutting carbon dioxide emissions, as has been proposed, comes with a different set of problems: while cost-effective solutions existed for removing sulfur dioxide from smokestack emissions, there currently aren’t any for cutting carbon dioxide on the scale proposed in new legislation.

In the United States today, 70 percent of electricity is generated by coal and natural gas-fired power plants, all of which would be required to reduce carbon dioxide emissions under a cap-and-trade scheme. Some supporters of such a program point to carbon capture and storage technology (CCS) as a means of reducing emissions. But CCS remains largely on the drawing board.

“Carbon capture and storage, which separates carbon dioxide from power plant emissions and forces the gas underground for permanent storage, has never been demonstrated on the needed scale for a large base-load power plant, ” explains Ed Torrero, executive director of the Cooperative Research Network, the research arm of the Arlington, VA-based National Rural Electric Cooperative Association (NRECA). “Electric co-ops are taking an active role in researching this technology, although it will require billions of dollars in investment to establish a utility-scale prototype. It could be decades before CCS is a viable option for cutting carbon dioxide emissions from power plants.”

A cap-and-trade system for acid rain was established as part of the federal Clean Air Act of 1990. It required sources of sulfur dioxide to cut emissions by investing in various proven and readily-available “off-the-shelf” technologies.

As a result, some coal-fired power plants switched to burning low-sulfur coal to reign in emissions; others installed scrubbers. The efforts were effective: by 2002, sulfur dioxide emissions from power plants had shrunk 41 percent lower than in 1980 levels, according to the U.S. Environmental Protection Agency.

“Utilities had options when it came to reducing sulfur dioxide,” notes Kirk Johnson, NRECA vice president of environmental issues. “Technology was available, as was low-sulfur coal. While both came with a price, these cost increases were manageable and produced immediate, measurable environmental benefits. This wouldn’t be the case with carbon dioxide—off-the-shelf options simply don’t exist today.”

If applied to carbon dioxide today, a cap-and-trade auction scheme would send electric bills skyrocketing unless carbon dioxide reduction goals account for the limited available technology. Electric co-ops are working to help member of Congress understand these and other limitations before enacting energy and climate change policy.. It’s time to speak up—urge your U.S. representative and senators to work with electric cooperatives to keep electric bills affordable while meeting climate change goals through the Our Energy, Our Future™ grassroots campaign—get involved today at www.ourenergy.coop.